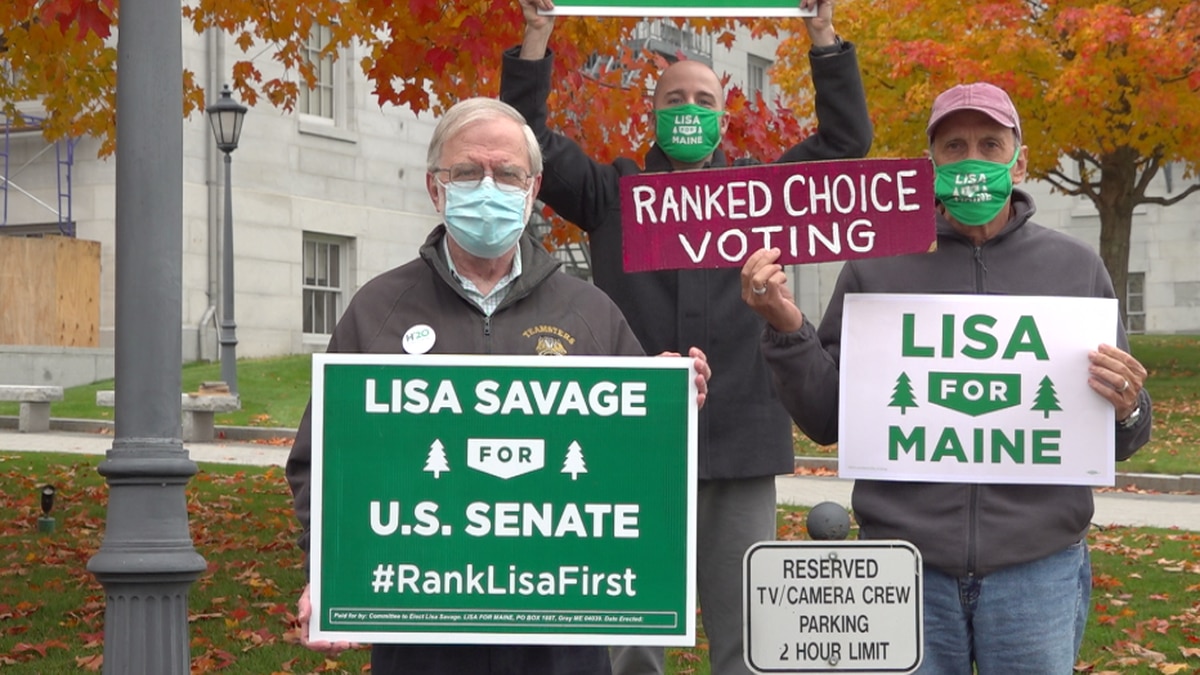 He was joined by Maine’s Independent green candidate for U.S. Senate, Lisa Savage.

Hawkins and his running mate Angela Walker will be on the ballot next month in 30 states.

He spoke about the importance of accessible healthcare and clean energy, especially in a state like Maine.

Both Hawkins and Savage are in support of a green new deal that addresses climate change and economic inequality.

“We have a very different approach, it’s a bottom up approach, the public’s going to spend money to get the economy going and spend it directly employing people who are unemployed and producing the things we need, which now is clean energy,” Hawkins said.

“I support Medicare for all, which would be single payer, universal healthcare,” Savage said. “I believe electricity and water and also the internet, broadband internet, should be public utilities that are consumer owned and operated.”

Both candidates are hoping Mainers will take advantage of ranked choice voting, which is being used for the first time this year in a presidential election.

Lisa Savage says it eliminates the spoiler effect and allows people to vote with their values rather than their fears.